German Bundesliga: The teams Eintracht Frankfurt face Werder Bremen each other today in the German Bundesliga. The game will kick start at 19:30 UK / 20:30 CET on November 3rd. The venue of the match is at Commerzbank-Arena, Frankfurt. In the last five head to head games between these two teams, Werder Bremen won three games, lost one game and the other game ended in a draw with Eintracht Frankfurt. 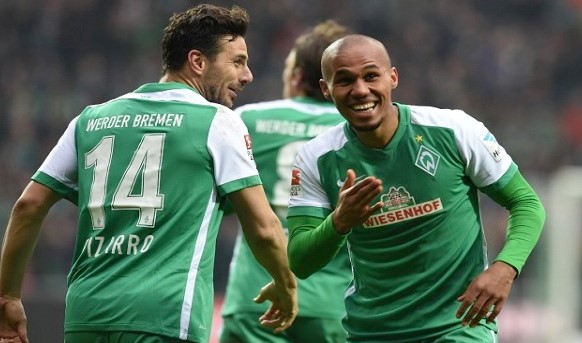 Forward Alexander Meier, attacking-mid Marco Fabian, Defender Omar Mascarell and Danny da Costa of Eintracht Frankfurt remain out. Midfielder Kevin-Prince Boateng also doubtful in today’s match. Werder Bremen team is happy as they have Max Kruse in the starting XI who is the top scorer of last season. Midfielder Jeremy Gondorf is absent due to injury.

Both the teams are ready to their place in the Tournament and so they will aim to protect the goal. In this case, it is expected that there will be the low score in the first half and the second half will have more play. However, it is predicted that Eintracht Frankfurt will win today’s game against Werder Bremen as they are playing in their hometown.