Manchester City vs Watford: In the English Premier League, Manchester City takes on the team Watford today. The game will kick off at 8 pm on January 2, 2018. The venue of the match is at the Etihad Stadium. In the last five head to head records between these two sides, Manchester City won all the games.

In the last five games, Manchester City has won four and drawn one and still stands in the first place in the standing table of English Premier League with 59 points. The team Watford has won only one match and lost four games in their last five games and positioned 10th place in the standing table with 25 points. Hence in today’s game, it is predicted that Manchester City will win against Watford. 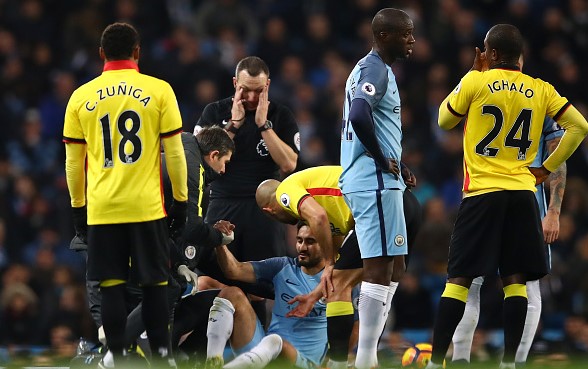