India vs New Zealand: India after thrashing the World Champions of Cricket Australia is ready to play against New Zealand. New Zealand tour of India has three ODIs and the first ODI will be held today at 1:30 PM IST. The venue of the match is at Wankhede Stadium, Mumbai. The 1st ODI between India and New Zealand will be live broadcasted in Star Sports 1, 3 and Star Sports 1,3 HD and can be followed online Hotstar.

This ODI is 200th match for the Indian Captain Virat Kohli. So far Virat Kohli has played 199 innings in ODI in which he has scored 8767 runs. None of the players have beaten his record yet. In the year 2017, he has scored about 1197 runs till now and he is in the second place. He is in need of 214 runs to beat Joeroot of England and to secure first place in batting. To overcome Kapil Dev score in India, Shikar Dhawan needs five runs. Hardik Pandya to reach 500 runs needs 15 runs. If so he will be ranked seventh in India. 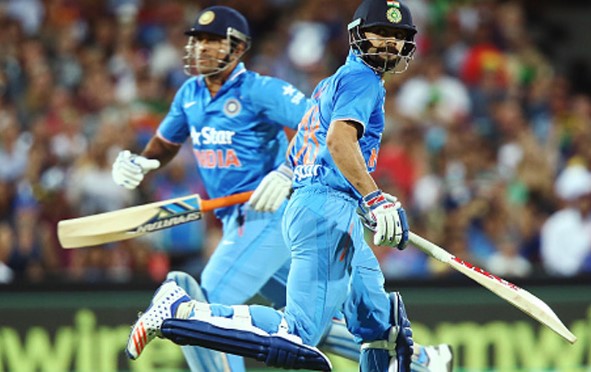