India vs New Zealand: The ODI series between India and New Zealand was over last week in which the series won by India. Today these teams are playing their first T20 in India at 7 PM IST. The venue of the match is at Feroz Shah Kotla, Delhi. The toss was over and the toss was won by New Zealand and opted to bowl first.

In the last five matches, both the teams India and New Zealand have won three matches and lost two matches. Today Ashish Nehra will play his last International match in his career. The ground is sluggish and two-paced. There is no chance for rain. Virat Kohli requires 38 runs to become a second high scorer in T20. He is behind Brendon McCullum and Tillakaratne Dilshan. Ashish Nehra is the third wicket-taker in India for T20s with Jasprit Bumrah and R Ashwin ahead him. 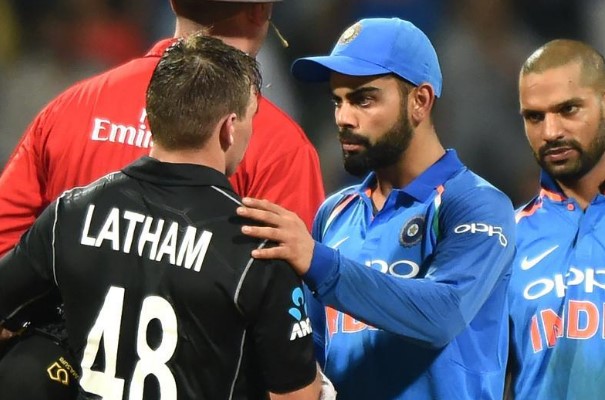