India vs New Zealand: The third ODI between India and New Zealand is going to held today. The match will start at 1:30 PM IST on Sunday. The venue of the match is at Green Park, Kanpur. It is 3rd and final ODI of New Zealand tour of India. Both the teams have won one match each. The match will be live telecasted on Star Channel Network.

Since 2015, New Zealand never won an ODI series and hence it is difficult for them to win this ODI Series. The pitch condition is good for batting. Kane Williamson said that they play the game well and mark it as the victory for them and there is no change in the team.  Virat Kohli said that they will do their best and New Zealand is the competitive team and can learn a lot of things from them. 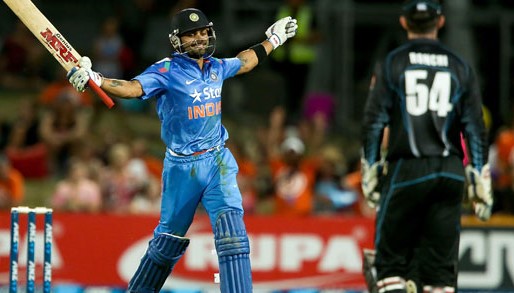