India vs Sri Lanka: The fourth One Day International in India tour of Sri Lanka is going to held between India and Sri Lanka today. The game will start at 2:30 PM IST. The venue of the match India vs Sri Lanka is at R.Premadasa Stadium, Colombo. India won the toss and Virat Kohli opts to bat against Sri Lanka. People can watch and enjoy the live match on TV channels such as Sony SIX.

This is the MS Dhoni’s 300th match ODI. Sachin Tendulkar and all others wished him to be the 20th cricketer in the history and sixth batsmen in the ranking. Lasith Malinga is the captain for Sri Lanka team. He needs one more wicket to reach his 300 wickets. In the last five matches of Sri Lanka, they have lost all the matches. In the last five matches of India, they have won four matches and lost one match. 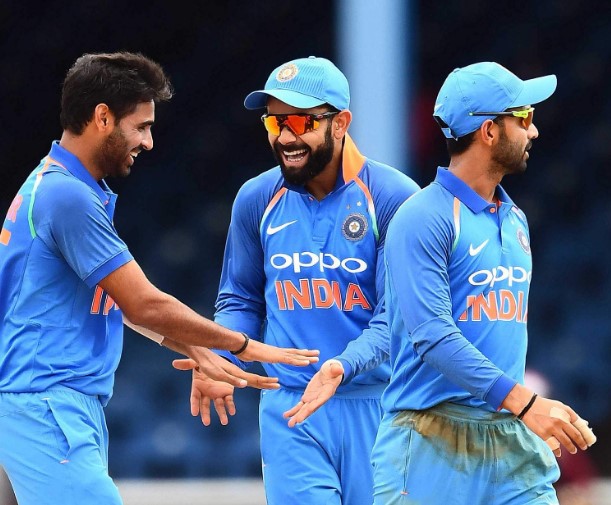 It will be the experience match for the India as they already won the series. India lead 3-0 in the series with Sri Lanka. This series includes the five matches in which three matches won by India. Series won by India. The fourth and fifth match is the experience match for both the teams. Hence it is predicted that in today’s match also India will win against Sri Lanka.

India has scored 375 runs from 50 Overs. Pandey has scored half century not out and MS Dhoni is 49 runs from 42 balls.

Manish Pandey and MS Dhoni are in the strike. It is the 300th match for MS Dhoni and hopes he will perform well in this match.

Rahul was caught out with 7 runs from eight balls.

Rohit Sharma was caught out with 104 runs from 88 balls.

Followed by Lokesh Rahul is on the strike with Rohit Sharma

Hardik Pandya is Out with 19 runs from 18 balls.

Malinga has got his one more wicket and reached 300 wickets in his career and placed fifth in the history.

Hardik Pandya is on the strike next.

Virat Kohli and Rohit Sharma are maintaining the good partnership.

Dhawan Out for four runs.