Mersal Melody Neethanae: The most awaited Mersal second single by the Vijay fans is over. The Mersal Melody song Neethanae was out today at 6 PM. This song is a combination of Shreya Ghoshal and AR Rahman after 10 years of ‘Mune Vaa En Anbe Vaa’ from Jillunu Oru Kadhal. Like the same, this song Neethane gives the romantic feel to the audience. The song is most welcomed by the Vijay fans. This will be Shreya Ghosal’s second favourite for Vijay fans after Unnale En Jeevan from Theri.

The Movie Mersal is directed by Atlee Kumar. It was the second combination for Vijay and Atlee Kumar whose first movie is a blockbuster hit with the baby Nainika Theri. The second movie of the combination Vijay and Atlee is the Mersal. In this Vijay is a triple act such as Chiefton, Doctor, and Magician. There come the three heroines Kajal Agarwal, Nithya Menon and Samantha Ruth Prabhu. 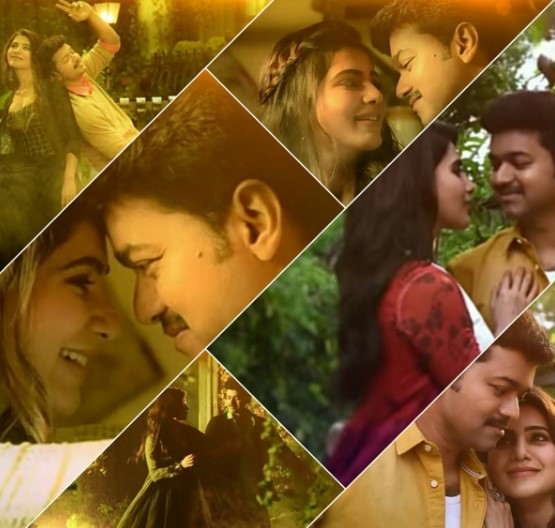 The romantic Mersal Melody Neethanae is for Vijay and Samantha which is expected to be like ‘Unnalae En Jeevan’ song from Theri where Samantha and Vijay’s chemistry is good in that song. The music of the movie Mersal is by the Great Legend AR Rahman. The song can be downloaded Gaana.com. It is a soulful melody song which is good to hear the Rahman and Shreya Ghoshal combo.

Stay tuned for the Audio launch and Movie release of Vijay’s 61st Project which will hit the theatres for this Diwali.