Mersal Audio Launch LIVE: “Mersal” most expected film in Vijay’s career. The Mersal film was directed by Atlee starring Kajal Aggarwal, Samantha, Nithya Menon, SJ Suriya in lead roles while Sathiyan, Vadivelu, Sathyaraj in supporting roles. This is the second combo of Vijay and Atlee. The Audio launch of Mersal film was held at August 20 at 6.00PM. It is expected to telecasted in Live on SunTv. 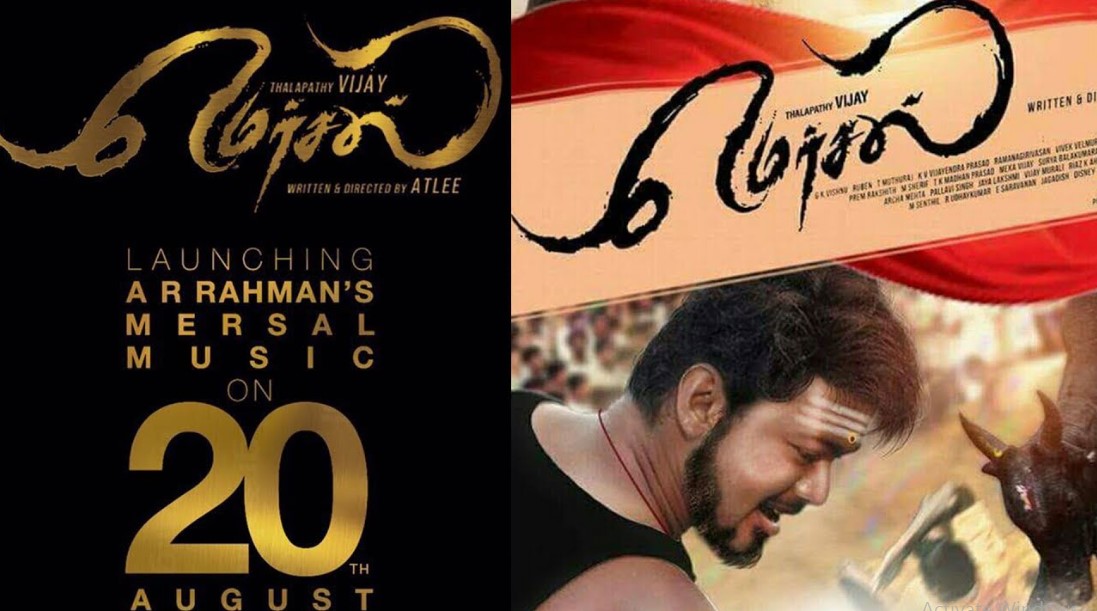 Sun Tv officially announced the news on their Twitter page. Recently, two single track “Alaporan Tamizhan”, “Neethane” from the mersal film was released and it goes viral on all social media. AR Rahman composed the music for the film. ‘Thenandal Entertainment’ will produce the movie. Hema Rukumani, the CEO of Thenandal Entertainment in a recent interview says “We are proud at roping a big star like Vijay for the first time. Hope to recreate the Atlee-Vijay Theri magic once again.”