MS Dhoni Taking Nap in the Ground: Once again Dhoni showed that he was Captain cool. During the third one-day International match between India and Sri Lanka Dhoni take a nap in the ground while Sri Lankan fans are throwing bottles on the ground due to the performance of Sri Lankan Team. 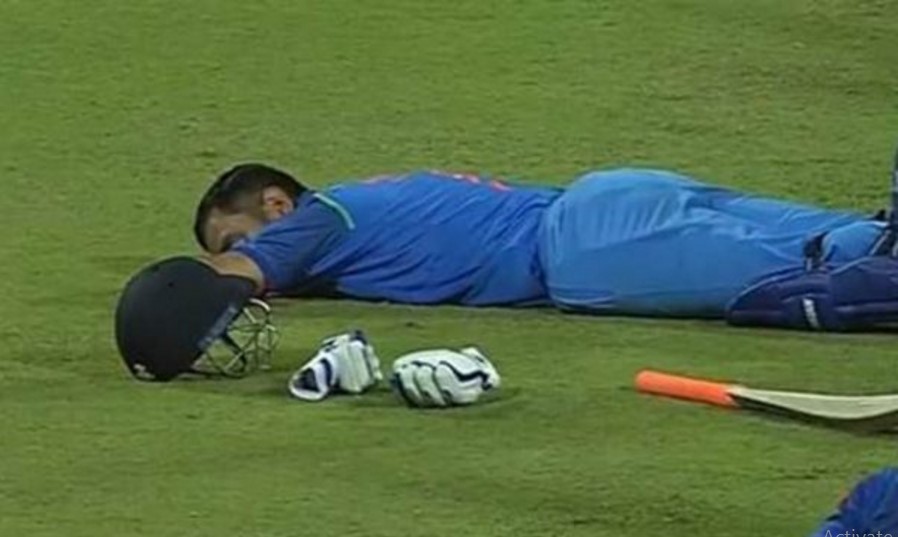 As India was eight runs away from a win, Sri Lankan fans got angry and throw the bottles on the ground. So, the match was stopped nearly half an hour, during this time MS Dhoni the Captain Cool take a nap on the ground. It was gone viral in all medias and it looks really funny. His fans are posted some messages on twitter are:

.@msdhoni while the world discusses, deliberates his position in the ODI side. #SLvIND

Dhoni sleeping on the ground is going to be a memorable picture. Job was done, let’s take a nap and utilize this moment. #INDvSL#IndvsSL

After the quarrel, India came out to bat and won the match. Rohit Sharma scores 124 (Not Out) and MS Dhoni scores 67 (Not Out) in the match. After the match, Indian Captain Virat Kohli praised them for securing the series. He said,”Rohit was outstanding, MS was great as well. Bumrah has got 11 wickets in three games, he’s bowled really well. Last game he missed out on a five-for, but he got it this time. He’s among our top short-format bowlers. He’s doing a great job for us, and I wish him all the best.”

India won the series by 3-0 the fourth ODI was held at R.Premadasa Stadium, Colombo on August 31, Thursday at 2.30PM. Stay tuned for more updates.