Earlier, Sun Pictures has released the making of Marana Mass video which goes viral within few minutes of the release. The 40-second video has been shot inside a recording studio and begins with Anirudh Ravichander, the music composer, counting down to the beats. The second single of the film Petta is scheduled to release on December 7. 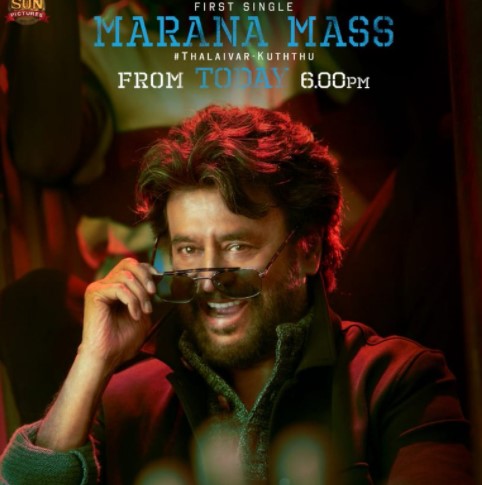 The video ends with the team laughing together when Anirudh remarks that nobody would have recorded a song like this thus far. This sneak-peek video promises for a peppy dance number in the film.

The Sun Pictures has announced that the sog from Petta “Marana Mass” will be released on December 3rd at 6 PM. This song has been rendered by SP Balasubramaniyam with lyrics penned by Vivek. This song, which would be Rajinikanth’s introduction song, marks his reunion with the singer after four years.

The other stars of the movie are Simran, Bobby Simha, Vijay Sethupathi, Trisha, Nawazuddin Siddiqui, and Megha Akash. The album for the movie will be launched on December 9th. The film shooting was almost over and it is hoped to get the release for this Pongal 2019.