Portugal vs the Faroe Islands: Portugal takes on the Faroe Islands today in the World Cup Qualifying UEFA Group B. The game will kick-off at 7:45 p.m. BST/2:45 p.m. ET on August 31, Thursday. The venue of the match is at Estádio do Bessa XXI, Porto, Portugal. This is the third meet for these teams. In the past meets they have played in World Cup Qualifying – UEFA and International Friendly in which both the matches won by Portugal.

In the standing table of World cup Qualifying UEFA Group B, the team Portugal is in the second place with 15 points in which they have played six matches in that they won five matches and lost one match. The team the Faroe Islands have played six matches in which they have won one match lost two matches, and the other three matches ended in a draw and positioned fourth in the table with five points. 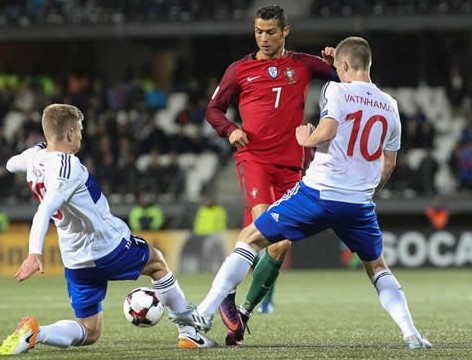 The people can watch and enjoy the live match on TV channels such as FS1 (U.S. — English), Fox Deportes (U.S. — Spanish), Sportsnet One (Canada), RTP 1 (Portugal) and SVF (Faroe Islands). The live match can also be followed online which is live streamed at Fox Sports Go and Sportsnet Now.