France vs Netherlands: In the World Cup Qualifying UEFA the two teams in the second and third position France and Netherlands respectively are going to face each other today in the battle. The game will kick-off at 7:45 p.m. BST/2:45 p.m. ET on August 31, Thursday. The venue of the match is at Stade de France, Saint-Denis, Seine-Saint-Denis.

In the standing table of World cup Qualifying UEFA, France is in the second place with 13 points and Netherlands is in the third place with 10 points. In the last five head to head records between these two teams in World Cup Qualifying – UEFA, International Friendly and European Championship, France has won two matches, Netherlands have won two matches and the other match ended in a draw. 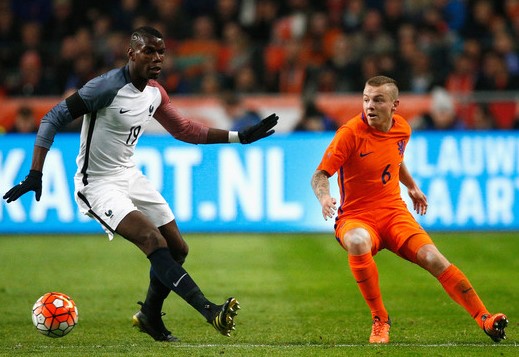 In the France football team, Raphael Varane will not be in the team as he was injured. Ousmane Dembele is out of the squad and the other players Anthony Martial and Karim Benzema has no place in the team and are exiled. In the Netherlands,  Virgil van Dijk, Nathan Ake, Daryl Janmaat and Jeffrey Bruma will not be in the today’s match. The player Vincent Janssen who has good records are expected to be on the team.