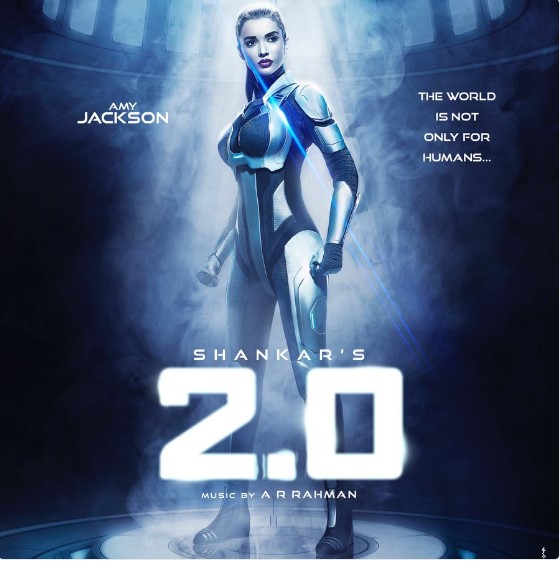 Amy Jackson play the role of robot in the movie. The new poster looks superb while Amy Jackson was in a robot costume which revealed her role clearly. It is one of the biggest budget film in Indian cinema after the grand success of Endhiran film the film makers started their second part. While the audio launch will happen at a grand event in Dubai, the teaser will be released at an opulent event on November 22 in Hyderabad. Reports also suggest that the trailer will be released on December 12, timed to coincide on Rajinikanth’s birthday.

The film starring Rajinikanth, Amy Jackson, Akshay kumar in lead roles. The music was scored by A.R.Rahman and produced by Lyca Productions. For the first time Akshay Kumar play the villain role and this is his first tribute in Tamil Industry.

A source from Lyca Productions said ” The filmmakers will start organising promotional events from October. The makers are also planning different types of promotions state-wise down south, which will go on until December end. And from January first week, the makers will ramp up the promotional activities across India,”.