VB Thiruvallur Veerans vs Tuti Patriots: The 18th match of Tamil Nadu Premier League is between VB Thiruvallur Veerans vs Albert TUTI Patriots which is going to held today. The match will begin at 7:15 PM IST. The venue of the match is at Indian Cement Company Ground, Tirunelveli. People can watch and enjoy the live TNPL on TV channels such as Vijay Super TV and Star Sports Network.

Previously these two teams met each other in one match. In that match, Tuti Patriots won. In the last 10 matches of VB Thiruvallur Veerans, they have won five matches. In the last 10 matches of Albert TUTI Patriots, they have won all the matches. In TNPL 2017, Albert TUTI Patriots are with 13 points. It is clear that AlbeTuti Patriots are in the good form and predicted that they will win the match. 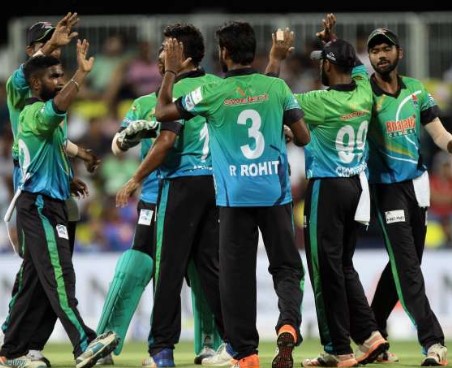