Kuch Rang Pyar Ke Aise Bhi: The episode of Kuch Rang Pyar Ke Aise Bhi starts with Dev shifting from one wrong to another by taking decisions which are meant only right to him. Ishwari tried to forgive Radha Rani but she has no mood to forgive anyone. She said that she is not hurt as dev threw Vicky out of the house but it wrong that Dev slapped Vicky in front of kids.

Ishwari thought Golu and Soha should not get affected. She looks angry on Dev. Sona is busy in preparing food for the kids. Golu runs to her and said that Soha is packing her clothes. Sona asks Soha why she is doing like this. She said that her Papa Dev did wrong by slapping her Vicky Chacha. Sona explains to her that Vicky did wrong so that her papa got angry and slapped him. But Soha is not convinced. 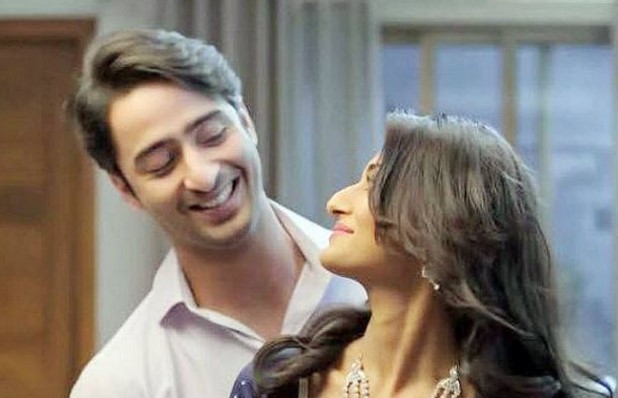 Soha is at the dinner for her favourite Pasta. She refused to share with Dev as she is angry with him. Everyone in the home hates such behaviour of Dev and tease him. Elena informs that she and Golu will leave home along with Vicky. Sona tries to stop Elena as Vicky will come soon back. Elena looks at Dev. She says when Vicky was wrong she did not support her. But now he is trying to change his mistakes so that she should stand with him.

She drags Golu who cries out to Bigcha. Sona and Ishwari look at Dev and Soha is trying to urge her father to stop them. Dev calls Elena and hugs Golu not to do this. She asked if they will accept Vicky who has changed. Dve has no answer. Elena calls Vicky and moves out of the house. Dev flooded with Golu memories who was the only balm for his heart ache when Sona and Soha were not with him. Son asked Dev to express his feelings and make him cry in her arms instead of ignoring his feelings. But Vicky never changes. He only needs the support of everyone in the family as Dev hurt him.