Velaikkaran Single Track: Velaikkaran is an upcoming action thriller Kollywood movie which releases its single track today. It is a beat song. Main roles in the movie are played by Sivakarthikeyan, Nayanthara and Fahadh Faasil. The other casts of the movie are Sneha, RJ Balaji, and Thambi Ramaiah. The movie is directed by Thani Oruvan fame Mohan Raja and produced by 24 AM Studios. The music was composed by Anirudh.

Velaikkaran first single track was released today. Anirudh was already in the enjoyment as the music composed in the Vivegam was released last Thursday and it hits the blockbuster of the week. Following that his another movie was Velaikkaran. The team released the Beat song of Velaikkaran today. The song teaser was released two days before which has got a huge audience. The song is also getting the good response. Anirudh fans are happy about it and they are enjoying his music. 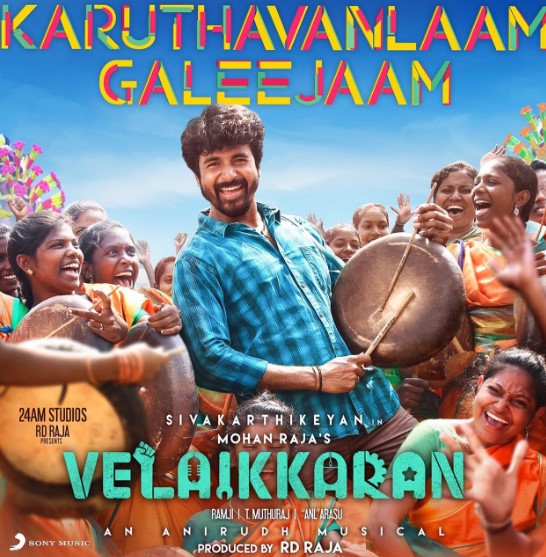 Karuthavanlaam Galeejam is the song released today from the Velaikkaran movie which is composed by Anirudh. The song can be downloaded from Gaana.com.

Stay tuned for the more updates of Movie teaser, Movie trailer, audio launch and movie release dates of Velaikkaran film on this website.