Wales vs Republic of Ireland: In the World Cup Qualifying UEFA, Wales and Republic of Ireland of Group D face against each other today. The game will kick-off at 7:45 PM on October 9. The venue of the match is at Cardiff City Stadium, Cardiff. In the last four head to head stats between these two teams, three matches ended in a draw and one match won by Republic of Ireland. 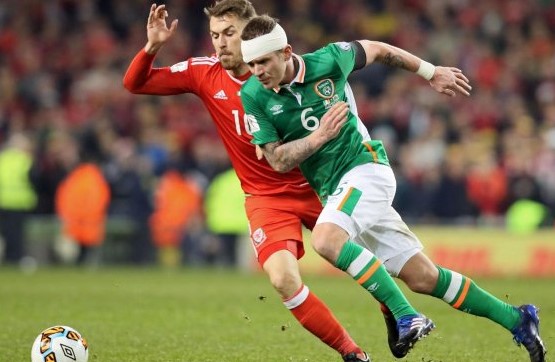 The team Wales will be without the player Gareth Bale due to the calf injury and the team is also without Defender James Collins and Jazz Richards. Republic of Ireland team is boosted by the return of players Robbie Brady and James McClean who were in the suspension but Shane Long is ruled out of the squad due to the injury.