Adirindhi Set for Grand Release: Adirindi (Adirindhi) is Vijay’s recent hit Mersal’s Telugu version. The film has cleared all the formalities of Censor Board and the film is set for grand release in many screens across Andhra Pradesh and Telangana. 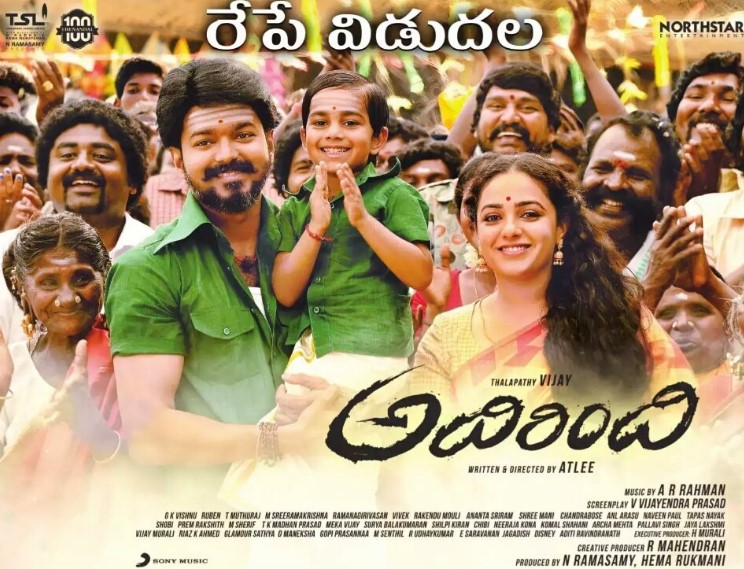 Earlier the film was set to release on October 18 along with the original version of Mersal. But the censor Board delayed to give censor certificate and so the film release is postponed. Mersal is the movie written and directed by Atlee Kumar and Ilayathalapathy Vijay has played the lead role in the film. The film hits the Box office and collected over 200 crores across the country. 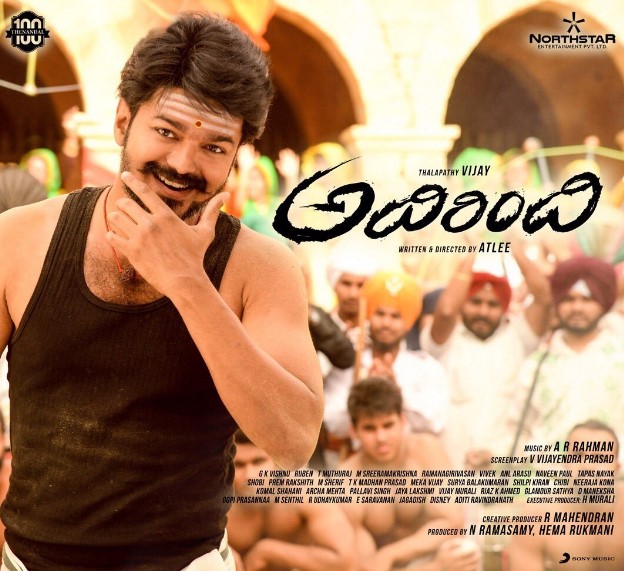 The other casts of the movie are Nithya Menon, Kajal Agarwal, Samantha, Kovai Sarla, Vadivelu, Sathyaraj, SJ Surya in the antagonist role. The controversies in the movie Mersal against the Government has created a lot of issues in recent times. It should be seen that the film Adirinhi will retain those dialogues or not.