A Canadian architecture firm in Dubai has announced that it will soon build a 735-foot ultra-luxury resort shaped like the moon. And its format has also been released. It will be introduced as a tourist destination that will give you the experience of being in space on Earth itself.

Moon World Resorts, a Canadian architectural firm, designed the design. It will be built in 48 months on a scale of 735 feet. Dubbed “Moon Dubai”, the project is expected to help boost Dubai’s economy. Moon Dubai is expected to strengthen Dubai in many ways, including hospitality, entertainment, education, technology, environment, and space tourism. 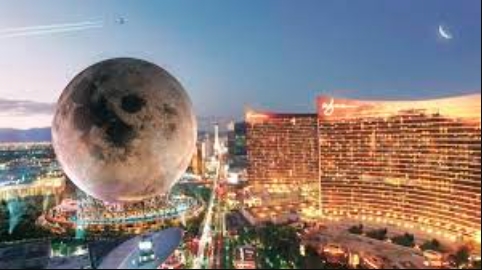 Dubai is known for its luxury. At this stage, Moon Dubai Resort will be further upgraded to ultra-luxury, which will increase tourist arrivals, the company said.

Visitors to the ultra-luxury resort can enjoy the on-site spa, nightclub, event center, global meeting space, lounge, etc. The company will also build residential buildings there under the name of Sky Villas. About 144 homes will be built and buyers will be given individual membership licenses to the Moon Resort Club.

About 5 billion has been budgeted to build this ultra-luxury Moon Dubai. This is expected to generate revenue of up to 1.8 billion per year.

Similarly, it has been reported that Moon Ultra Luxury Hotel is going to be brought to important places of the world such as North America, Europe, the Middle East, North Africa, and Asia.