Archaeologists have discovered an indigenous village beneath a large 19th-century house in St. Augustine, Florida, USA.

St. Augustine City Archaeologist Andrea White and her colleagues have discovered pottery and postholes from the Native American village of Ballyga under a nineteenth-century house in St. Augustine’s Lincolnville neighborhood. 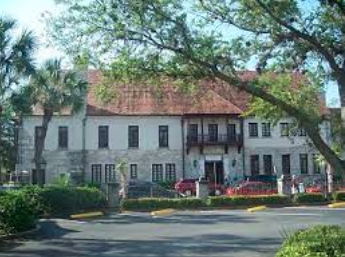 The house was built two feet above the ground. As a result, the traces of the original village of the natives in Adi have remained intact. The donkey, buried with respect, may have been the tribe’s farm animal, says researcher White. Later, it was converted into an orchard where oranges are cultivated for commercial purposes as part of Ellaha plantations, he said.

The house was sold in the last few months and another building has been erected there. This is where archaeologists have been conducting research for a long time. Andrea White says that both the reconstruction of the house and the archaeological dig have yielded many surprises.

It was then that they discovered the existence of a Native American village called Baldyga. The place was ‘on the map only once in the 1700s,’ says White. Later, archaeologists including White studied several maps and discovered that the village of Balika, an indigenous people, was located in the city of St. Augustine.

Native Americans lived here in Baliga before this house was built. In the 1700s, the Catholic Church was here. Abandoned in the mid-1700s, this house was built 50-100 years ago. It later became Ellaha Orchards, Florida’s first commercial orange grove.

Archaeologist Andrea White has said that the house and the land hold the wonders and secrets of a long-gone Aboriginal life. According to Gabriel García Márquez’s epic work, One Hundred Years of Solitude, an extinct Native American race of one hundred years of isolation has been discovered here.