Karunanidhi: Former Tamil Nadu chief minister and DMK President M Karunanidhi have shifted from his house to Kauvery Hospital in early today (28th July, Saturday) at 1:30 PM. His Blood Pressure is not stable and it is dropped. He is getting better now.

Crowds have gathered in large numbers outside his residence as well as the hospital. Doctor’s have said that health conditions are good and he continuously monitored. M Karunanidhi on Friday marked 49 years of the leader taking charge as the party chief. The first leader to enter the 50th year as the president of a political party and the third chief minister of Tamil Nadu. 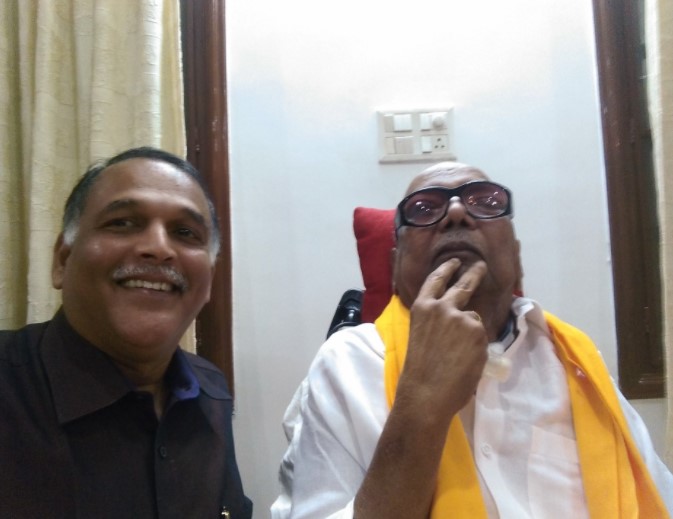 DMK Party Chief and former Tamil Nadu chief minister M Karunanidhi have been away from politics ever since he was diagnosed with a drug-induced allergy in October 2016. Thereafter he was at rest. Earlier, he was suffered from Urinary Tract Infection and so suffered from fever. It was getting cured and he rested at his residence in Gopalapuram with Doctors’ help.

Then earlier today he was urged to the hospital due to a drop in Blood Pressure. Now he is stable and health conditions are monitored by experts doctors. His daughter Kanimozhi and Stalin has said that his health is recovering.