Gorakhpur hospital deaths: Last week more than 60 children died at Gorakhpur’s BRD Medical College. Due to the shortage of oxygen sixty children’s are died. Supreme Court today refused to intervene in the issue of Gorakhpur hospital deaths, saying the matter was being handled by the Uttar Pradesh government. The lawyer had mentioned the issue before a bench comprising Chief Justice J S Khehar and Justice D Y Chandrachud. He also sought a probe by the Special Investigation Team into the matter. 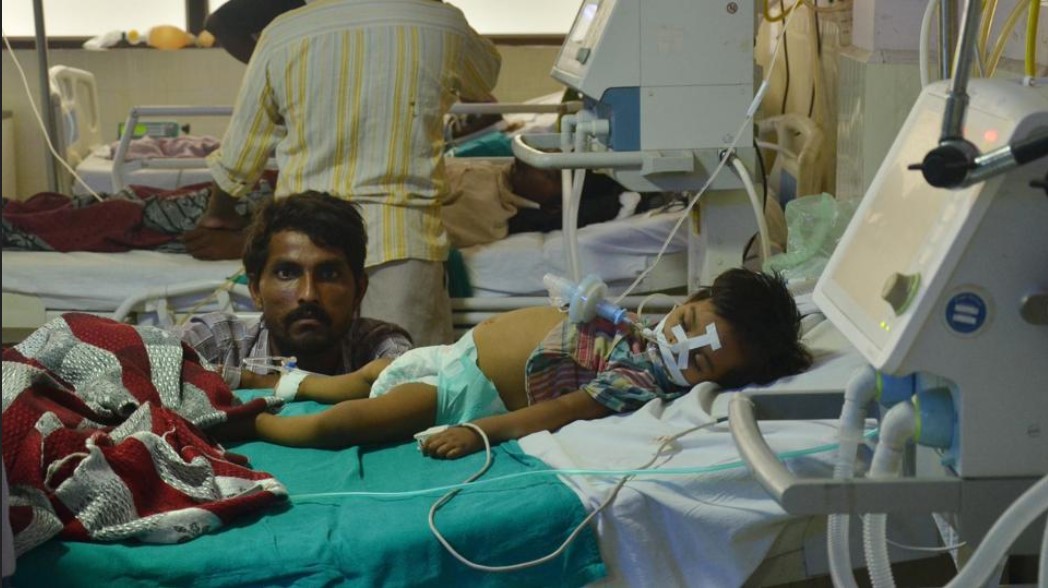 Chief Minister Yogi Adityanath conduct an invesigation about this incident. He visit the hospital and promised exemplary punishment for the guilty. Union minister JP Nadda, who had accompanied the Chief Minister, ruled out a separate investigation by the Centre, saying the state government had its “full support”.

The oxygen supply had been stopped by the vendor after the hospital had defaulted on the payment. On Thursday, the hospital had been functioning without any oxygen cylinders for two hours. The Chief Minister has said it would be “heinous” if the children had died because of a disruption in oxygen supply. He also said the government had cleared the payment for the oxygen vendor on August 7. The hospital, however, had not released the funds till August 11.

On Sunday, hours after his visit to the Baba Raghav Das Medical College, along with Union Minister J P Nadda, Dr Kafeel Khan was removed as the Nodal Officer for the pediatrics department citing “negligence of duty”. Dr Bhupendra Sharma has been appointed as the in-charge of the ward where the deaths took place.

Adityanath promised strict action against those responsible. “The guilty will not be spared and such strict action would be taken by the Uttar Pradesh government that it would set an example for people to work with discipline,” said Adityanath

Union Minister for Health, J P Nadda said Prime Minister Narendra Modi was reviewing the situation on a regular basis. Nadda announced that the Centre would contribute Rs 85 crore towards setting up a Regional Medical Research Centre in Gorakhpur to study all the causes of infection among children in Eastern Uttar Pradesh.