India vs Colombia: In the Group A of U17 Football World Cup, the team India and Colombia face against each other today. The game will kick-off at 8 pm IST. The venue of the match is at Jawaharlal Nehru Stadium, Delhi. There are no previous meets between these two teams. This will be their first meet. 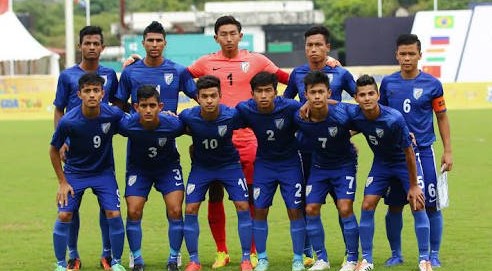 Indian football coach says that the opening match of India against the United States were lost but they will put forward and will be back to the form in today’s match against Colombia who lost their first match Ghana. Hence it is expected that the team India will win against Colombia.

India vs Colombia U17 Live Streaming

India vs Colombia U17 Playing XI