A video of a skydiver parachuting from mid-air in Russia was shared by the Indian Embassy on Twitter. It said, ‘Our national flag flying with great pride in the Russian sky while celebrating the Azadi Ka Amrit Mahotsav, Har Khar Tiranga campaign’. 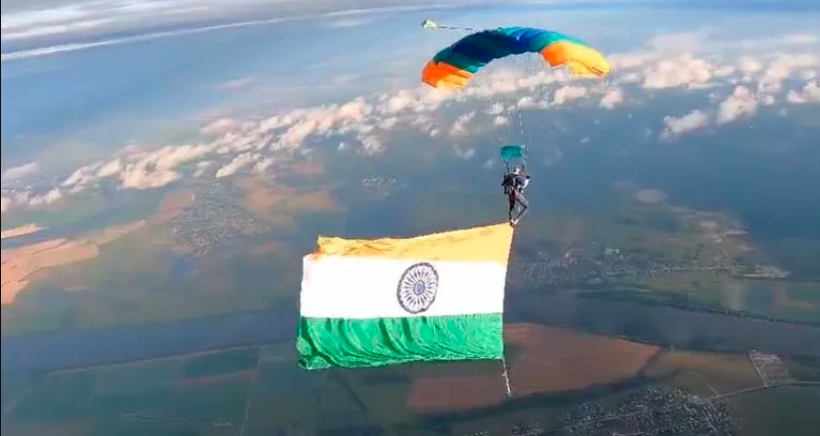 In the 1-minute and 26-second video, a skydiver is seen flying thousands of feet above the ground on a parachute unfurling the Indian national flag as the tricolor flutters in the sky.

The “Asadhi Ka Amrit Mahotsav” was celebrated all over the country as Prime Minister Modi flagged off a walk from Sabarmati to Dandi on March 12 last year to commemorate Mahatma Gandhi’s Dandi Yatra, which began on March 12, 1930.