Tik Tik Tik Teaser: Tik Tik Tik is the First Indian Space Film in which the famous Kollywood actor Jayam Ravi is playing the leading role. As India’s 71st Independence day is approaching tomorrow, the Tik Tik Tik team has decided to release the teaser of India’s first Space film today. The teaser of the film is expected to be released today at 5 PM today. The Film is directed by ‘Naaigal Jaakiradhai’ and ‘Miruthan’ fame Shakthi Soundar Rajan.

The two posters of the film Tik Tik Tik is already released. Both the posters looked good and create interest among the audience for the movie. The teaser of the movie is also most expected by the audience. It is a time thriller movie. The leading actors of the movie are Jayam Ravi, Nivetha Pethuraj and the Singapore actor Aziz Aaron. 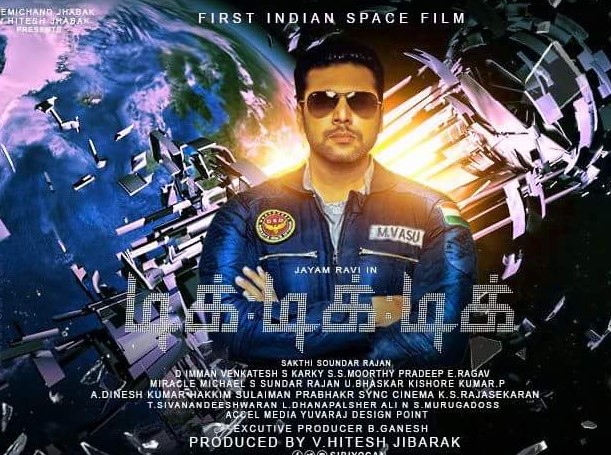 The music was composed by D Imman for this movie. The film is produced by Hitesh Jhabak. The teaser of the film is released for the Independence Day. The movie ‘Tik Tik Tik’ is expected to be released on this October. Get ready for the out of the world experience in Space through this film.