Download Oru Kutty Kathai Song – Master First Single: Thalapathy Vijay’s upcoming film for this summer 2020 is Master. The production has announced that Master First Single “Oru Kutti Kathai” to get released for this Valentines’ Day at 5 PM.  The title of the film and the first look was revealed as a treat for New Year 2020. Following that two more posters are out. Recently Vijay faced many issues from the Government including IT Raid and a strike in Neyveli for Master film shooting spot. 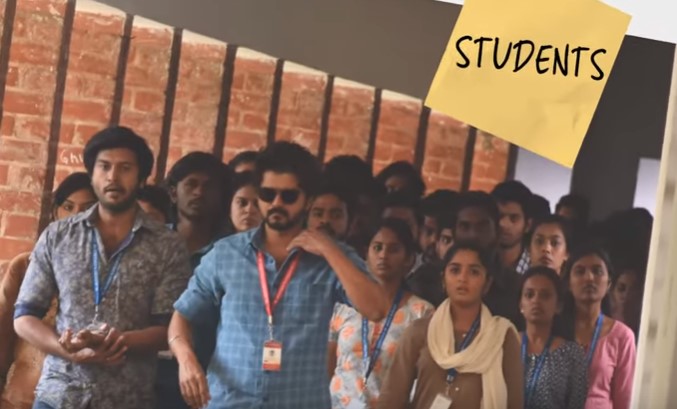 Despite many issues, the Master movie shooting is in its last stage and the makers of the movie announced that the first single of the movie is to be released today (February 2020) as Valentine Day Special. The song titled Oru Kutti Kathai, which means ‘a short story’ in Tamil is composed by Anirudh Ravichander.

After this information, Vijay fans have got more excited and started trending the song title in Social Media. Since the announcement the song title “Oru Kutti Kathai” is in trend. To their surprise music director, Anirudh and the production team are tweeting about it and creates more excitement among fans.

As per the announcement, the Master First Single “Oru Kutti Kathai” was out in Vijay’s voice. No Tension Baby is trending now from the song. The song lasts for about 5 minutes and 22 seconds. As usual, Anirudh has given stunning music and the song is with English words. To ignore negativity in students’ life and people as life is short, Vijay has sung the self-motivation song.

The album marks the reunion of Vijay and composer Anirudh Ravichander after their hit Kaththi album. Anirudh revealed with a tweet “We’re back baby! Thalapathy #actorvijay sir, the Masster himself lends his voice to tell you guys a kutti kathai!” which confirms it is again Vijay song after Bigil’s Verithanam.

Download and enjoy the song Oru Kutti Kathai from Master album. The film, produced by XB Film Creators, has music scored by Anirudh Ravichander. For Thalapathy 64, the cinematography by Sathyan Sooryan. The film is expected to hit the screens for Summer in April.