Olympiakos vs Barcelona: Barcelona and Olympiakos of Group D in UEFA Champions League face each other today. The game will kick start 7:45 GMT on Tuesday. The venue of the match is at Karaiskakis Stadium, Piraeus. The first meeting between these sides was earlier this month in which Barcelona won the game.

Barcelona is in the first place with nine points and Olympiakos is at the bottom with zero points in the standing table of UEFA Champions League Group D. In the last five matches, Olympiakos has won two matches and lost three matches whereas Barcelona has won four matches and the other game ended in a draw. 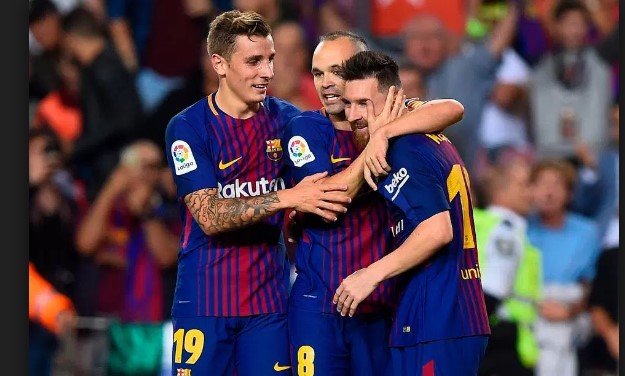 Olympiakos Seba is out as he was injured. Defenders Thomas Vermaelen and Alexis Vidal, midfielders Andres Iniesta, Arda Turan, and Rafinha, and attacker Ousmane Dembele are still injured for Barcelona. Gerard Pique is in the ban and it is expected that he will be replaced by  Javier Mascherano who return from injury. It is predicted that Barcelona will win today’s game as they are good in the form.