Sasural Simar Ka Written Update: In today’s episode the Vikram drives the car by recalling the word that Anjali said before. Thereby he met with an accident. By hearing this news whole family get shocked and urged to see him.

Scene 1: Vikram was too late to home. Everyone in the home and Tanvi worried about him as he was too late. But Anjali didn’t worry about him. She asked Tanvi that you are still a servant and not his wife then why are you much worried and cared for him. Anjali replied that you are the wife of Vikram but you don’t even care for him and she also added that you only care for money and your motive too the same. Meanwhile, Vikram recalls Anjali’s words about she said that money is everything to her and not him. Saroj in the home said that Anjali will never take care of him. Tanvi prayed to God that nothing should happen wrong for Vikram.

Saroj says that her son may get hurt and Tanvi got a call about Vikram’s accident. The family rushed up and went to see him in the hospital. Tao ji asked health condition of Vikram and the doctor said that it is a small accident. He is fine and you can take him to the home. 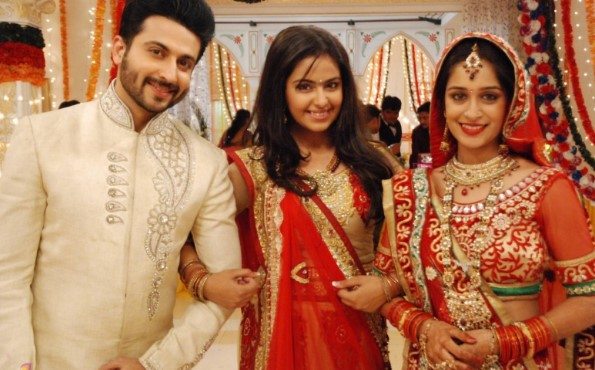 Scene 2: Roshni dresses up Radha and making her ready to school. Ananya was preparing parathas for the family. Roshini apologised for being late to the kitchen as she was busy with Radha in getting ready for school. Roshni and Ananya served breakfast to everyone in the family. All of them appreciated for their delicious dishes. Then Vikram was taken back to home from the hospital.

Scene 3: Vikram calls Simar and tells her everything that happened with Anjali. He also said that this drama would definitely change her. But she didn’t change as we expected. Simar said that she has a solution for this. She tells some idea to Vikram. Simar also said that it will be the right option to change her. Then Vikram agreed with the idea and said that he will try and execute it as expected.