SEN vs ALG: In finals of Africa Cup of Nations 2019, the football teams Senegal and Algeria play against each other today in the field. The game will kick start at 12:30 AM IST on 20th July 2019. The venue of the match is at Cairo International Stadium, in Cairo, Egypt. Sony Sports Network has the exclusive rights to broadcast 2019 Africa Cup of Nations Finals matches in India.

Senegal is chasing their first-ever title, while Algeria is looking to win the ultimate jackpot to prove that their football revival is no fluke. In the last five games, Senegal has won four games and lost one game whereas Algeria has won all the games. Hence in this game SEN vs ALG, it is predicted that Algeria will win against Senegal. 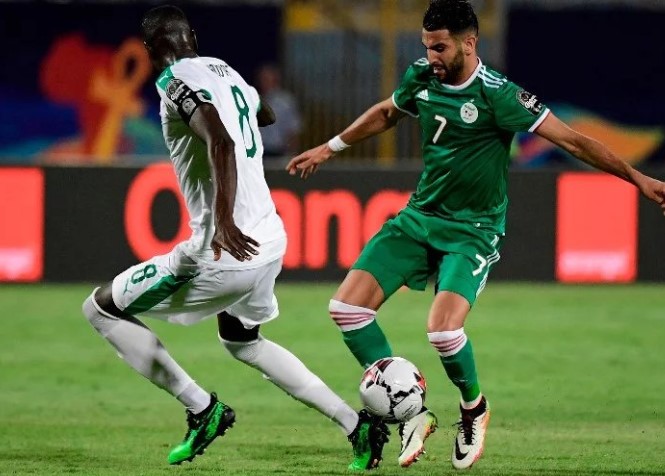 Senegal must cope without their talisman Kalidou Koulibaly at the back and Edouard Mendy who suffered a fractured hand in the 2nd game of the tournament remains out as well. Youcef Atal will be missing the final game due to the injury for Algeria. In the previous five head to head records between these two sides, Algeria has won three games, Senegal has won one game and drawn one game.