Velaikkaran Second Single: Velaikkaran second single, Iraiva will be released on November 2. The team has announced the news officially today. The film Velaikkaran is written and directed by Mohan Raja. It is the action thriller film in which Sivakarthikeyan and Nayanthara. The film was produced by 24 AM Studios.

The other casts of the movie are Fahadh Faasil, Prakash Raj, Rohini, Sneha, Charlie, Vijay Vasanth, RJ Balaji and many others. The music was composed by Anirudh. The team has decided to release the second single of the movie ‘Iraiva’ on November 2nd. The team has already released the first single of the film Velaikkaran named ‘Karuthavanlaam Galeejaam’. It is the beat song and it hits across the state. 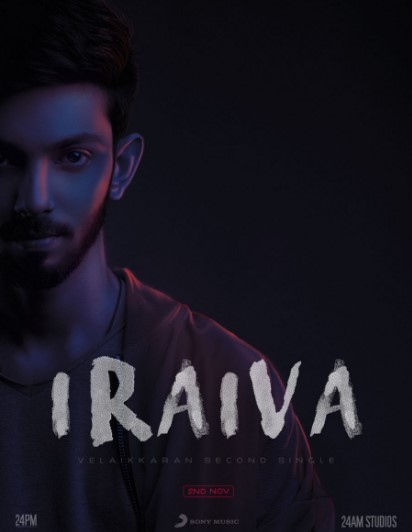 The story plot of the film deals with the fight against food adulteration and to save the people from those poisons. The film is expected to be released on December 22 as the treat for Christmas. But official news from the team is not yet announced.

Stay tuned on this website for important dates of Velaikkaran release date, audio launch dates, and dates for Velaikkaran teaser and trailer.