Mersal Movie Title Gets Trademarked: The Mersal team gave more and more surprises to Vijay fans. Yeah… they surprised the audience once by getting an emoji in Twitter and now they trademarked their title. It is the first time in South India that a film got an Emoji and trademarked its title. The film makers have taken the decision almost six months ago went on to register the trademark for this title. This was done in order to thrash title claims or other issues with the title in the future. 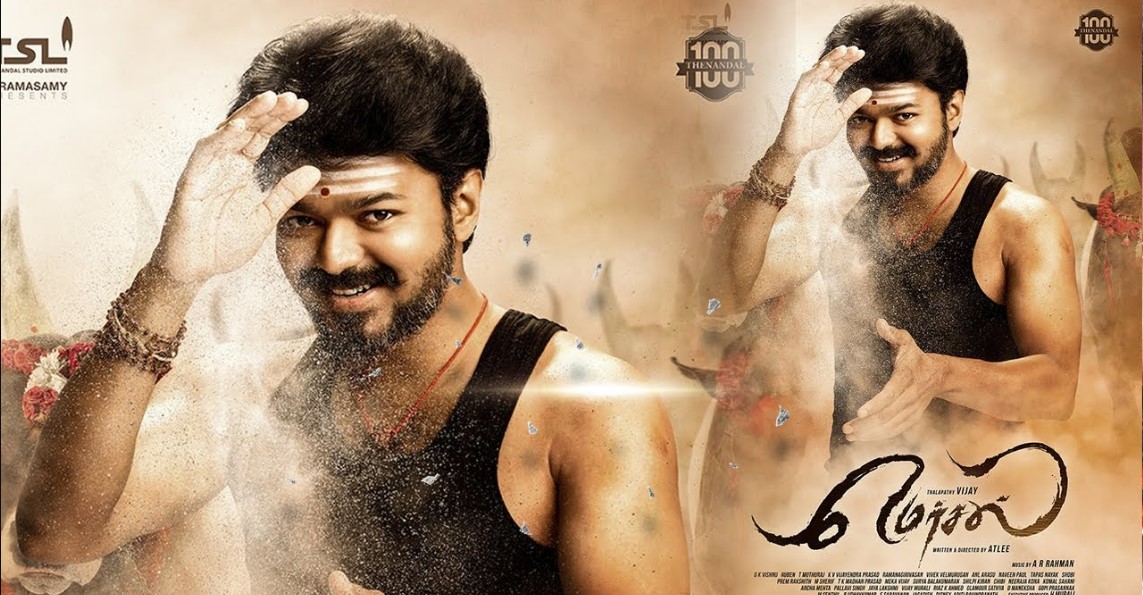 “Previously, in Kollywood, a production house had trademarked their name, but this is the first time, a title is being trademarked here. So, if anybody uses the term Mersal for commercial purposes, a part of their revenue should be paid to the team as royalty. For example, if someone decides to come up with a Mersal bubble gum, they will be using our trademark and have to pay us a royalty,” a source from Mersal team was quoted in the article.

The team doing their work of marketing the film successfully. For all these activities the expectation of the film was increased day by day. Whether Atlee makes it a big hit like his other films or disappoints the audience. For all these answers we have to wait for the film release.

Atlee directed the film starring Vijay, Kajal Aggarwal, Samantha Ruth Prabhu and Nithya Menon in lead roles. SJ Suriya plays the antagonist role in the film. Vijay plays a triple role for the first time in his career. As a Panchayat Head, a doctor and a magician. Produced by Sri Thenandal Films, AR Rahman scored the music for the film.

The legal process of trademarking a film took the team almost six months. Mersal is a commonly used Tamil term which has been used more like a product by the team of the film. By trademarking the title, the Mersal team has ensured people from claiming the registration of the title or claiming that the title belongs to them.