Sachin: A Billion Dreams: Sachin A Billion Dreams is a movie which describes the biopic of Sachin’s life. Sachin Ramesh Tendulkar whom we all known as a famous cricketer of Indian Cricket team and he is known as God of Cricket. We all very well known about the success part of Sachin but we don’t know much about the part that he struggled in his life. This movie tells about the whole life of Sachin, his struggled and success part of his life. The movie released today and it is most welcomed and has a good response among the audience. 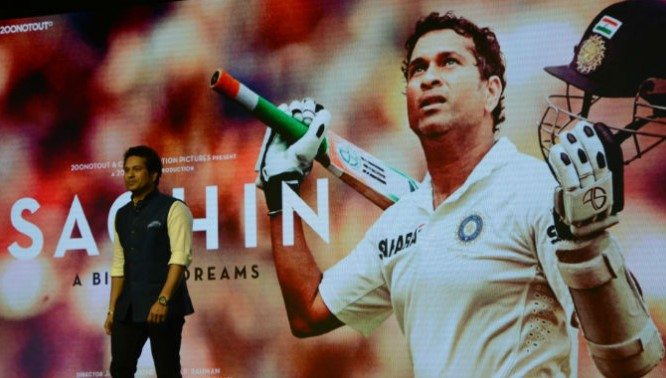 Sachin: A Billion Dreams is an Indian Biographical movie written and directed by James Erskine and produced by Ravi Bhagchandka and Carnival Motion Pictures under 200 NotOut Productions. The movie is about the Tendulkar’s Cricket life and Personal life in details and some untold and secret stories that happened in his life are released.

Some of the Bollywood actors such as Amitabh Bachchan, Aamir Khan, Shah Rukh Khan, Ranveer Singh, John Abraham, Kriti Sanon and Sushant Singh Rajput says positive about the movie after screening. The film is shot in Hindi, Marathi and English. The movie is also going to release in Tamil and Telugu with dubbed version. The movie is also to be released tax-free in some states like Odisha, Kerala, Chhattisgarh and Karnataka.

The movie Sachin: A Billion Dreams is getting the good response from the audience as it is the most inspiring story for all the people and youngsters. The background music for all scenes is fantastic and especially for all emotional scenes. It takes the audience to the same feel as that of the story.

The movie is totally about the Sachin Tendulkar’s passion and dedication towards the cricket and sports and the support of his family and friends. He appears as his name Master Blaster in the whole movie. The movie released today and it shows the good response from the audience and hit the Box-Office collection. It is one of the inspiring story and will be loved by all.